I have been thinking a lot about thoughts and prayers after the backlash following the horrific shootings at Marjory Stoneman Douglas High School in Parkland, Florida. It is not hard to understand the anguish and the anger that follows such a senseless and tragic catastrophe.  My heart goes out to the people in this community and to the American people as a whole. “Thoughts and prayers” have become a terrible cliché after so many mass shootings. It seems trite and useless, I am sure. The phrase that is meant as an expression of sympathy; as an expression of unity and empathy has been viewed as an insult to many when government action is not taken.

I am a child of the 60s and well remember the student protests in regards to the Vietnam War; to racial segregation; to injustices in general. I remember the sit-ins that were met with armed soldiers in some cases. The movie, ‘The Trial of Billy Jack’ springs to mind. We were the generation that wanted real change – and many of us still do. Sadly, violence is too often the response to a peaceful demonstration for change in many places in the world.

Yet, we are God’s hands. However, we have to agree to be just that. We have to ‘put our money where our mouths are’ and take concrete action to give legitimacy to our thoughts and prayers.

I am Canadian, but the coverage of the most recent school shooting has been massive here. It has eclipsed the very real issues around human rights that we face in our own country. When a farmer can kill an indigenous youth and be exonerated something is terribly wrong. My heart aches for the American people, but it also aches for all Canadians and for humanity in general, for all those who are living with injustices of every kind.

“More things are wrought by prayer than this world dreams of” – Alfred Lord Tennyson. I believe in the power of prayer; in the power of positive thought; in the inherent goodness of humanity. But our prayers must also incorporate the will to do something, to be God’s hands in this world.

I am home again after a week with my family. It was so good to be with them and to have some true quality time with my younger sister. She and Chris and I spent all our time together as children and the bond we formed then has given us strength to carry on through this ordeal. The hardest part of the week was listening to a pathologist describe the many injuries our brother suffered – “any one of which would have been fatal”. And it was difficult to listen to the defense attorney’s attempt to blame my brother’s death on his heart condition – Chris had had heart surgery about 18 months prior to the collision.  The pathologist shot that theory to pieces.

The week was hard. It was also grace-filled with times of love and laughter in between the heartache and tears. Unfortunately in the months following Chris’s unnecessary death emotions ran high. One of my brothers was full of rage and pain and struck out in anger. His words and actions hurt the entire family. He did not join us at the court house nor at any family gatherings. He is missed. In many ways I feel like I lost two brothers as a result of that collision.  I am praying that we will be given the grace we need to move past the pain and recriminations.

Life is fragile. Life is also short, and, as in the case of my brother, Chris, can end at any given moment. None of us know when we will breathe our last breath. So I beseech you to be kind; to be patient; to be the best person you can be. Love and mercy are always needed.

One year ago, but it feels like forever – each day a long battle with seconds and minutes leading up to this one. They have been days of unbelievable agony and days of sweet solace as family and friends reached out to one another to comfort, to support, and to befriend; to bind the deep wounds and to heal.

We have learned that at least three other drivers narrowly escaped a fatal collision that day.  One was a young mother with her three children in the car. But my brother was not so fortunate.  My brother was ripped from our lives in that violent, senseless, so-called “accident”. I have a lot of trouble with that word, mostly because it was no “accident” when that other driver lifted that bottle to his lips prior to getting behind the wheel, transforming his vehicle into a murder weapon.

Still, what does it all matter? Nothing will bring Chris back to us. He is gone and we are left to pick up the pieces. There is anger – no, there is RAGE – like nothing I have ever felt before. It passes. There is pain like I have never known before.  It passes, at least until the next wave.

I am reaching deep inside myself for something positive to say. This morning I was thinking of a book I once read by Henri Nouwen. In it he describes his struggles with grief following the death of his mother. And he leaves words of comfort and wisdom with these thoughts: had his mother not died, she would not have been able to infuse the spirits of all her loved ones with her own spirit of love and of peace.  I take comfort from his ideas.

Chris has left us all many gifts. His death brought us all even closer to one another. His generosity, his kindness, his ability to make light of life’s struggles, his wit and  his incredible sense of humour live on in all of us. Perhaps in some way we are infused with his spirit. That is my hope and my solace. So today I will celebrate his life and give thanks for all the blessings he continues to bestow. 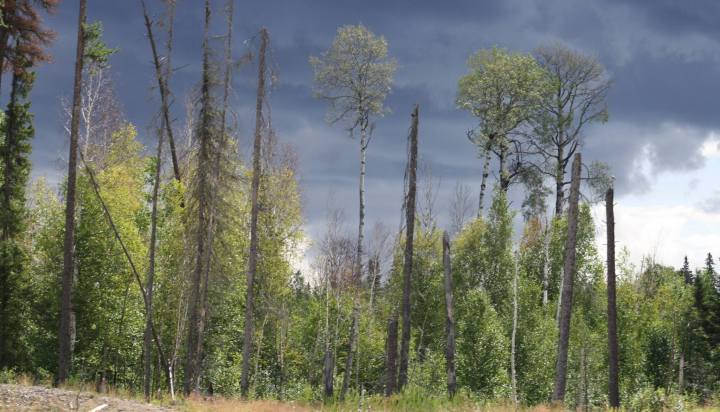 That two-headed monster that lives within

And springs, when I unleash it

Only to suck me dry like some psychic vampire

Leaving me weak and helpless

I cry to the heavens for help

And help does come

And shackles the monster once again

The fear that consumed me has been banished by loving care

I am at peace

And I give thanks

I have only to ask

And help will come

There is madness in the world – no doubt about it. Most recently it was the terrible event in Las Vegas when a lone gunman opened fire on innocent people taking in a country music concert. It is upsetting to say the least. Why such things happen will always be a mystery. Even in our day to day lives we can see examples of negativity and sometimes cruelty. When did the world become so cynical? When did good manners and simple courtesy become passé? When did our focus become so centered on the ugly and the hate-filled?

Aw, I think therein lies the problem. It is easy to get sucked into the fear mongering and hateful speech that spews forth like sulfuric acid from the mouths of some of our so-called leaders. Their words are so charged with intolerance that I wonder how their tongues don’t turn to ashes from all the acrid wording that drip from their lips in the guise of honest opinion. It is not honest – it is closed-minded and prejudiced.

It is easy to get sucked in – to turn on them in anger and self-righteous rage. But then, I think to myself, isn’t this what they want? The camera focused on them; to be center stage in a drama not of their making, but one they will nonetheless wring every ounce of attention from.

No, angry man, I will not lend you my ear, nor give you the attention your overdeveloped (or perhaps underdeveloped) ego demands. I will walk away from you, I will not engage in your full blown tantrum.

When the world has seen one more example of pure insanity I take comfort in the words of a Garth Brooks song called The Change:

One hand reaches out

And pulls a lost soul from harm

While a thousand more go unspoken for

They say, what good have you done by saving  just this one?

And I hear them saying you’ll never change a thing

But it’s not the world that I am changing

I do this so

The world will know

That it will not change me