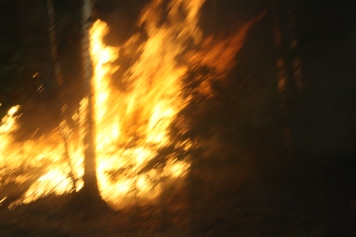 I have lived in Fort McMurray for nearly four years and every summer we are faced with smoke from forest fires from across Alberta, British Columbia, the prairies and Ontario, as well as the North West Territories. This summer has been no different. Last week the smoke was so dense we could smell it. It stings your eyes and throat and for people with health issues it becomes a situation where they are house bound.

Last year we had hoped to travel to B.C. but due to smoke and warnings from the health department we were forced to change our plans. My husband does have several health issues and I am sure we were not the only ones forced to alter vacation plans. So, what is my point, you may ask. My point is that besides the environmental costs caused by global warming there are many and varied economic costs as well. The cost to the tourism industry for one.

Of course, there is the huge costs to taxpayers as governments everywhere are faced with ever growing financial challenges from fighting forest fires to cleaning up after severe flooding and other so called ‘natural disasters’.

We take clean air for granted as well as clean, potable water. There is far too much we continue to take for granted. It is disappointing, to say the least, to see our provincial governments fighting against any real efforts to curb global warming, such as a carbon tax. At the same time, they are lagging in taking initiatives to deal with the fall out.

While partisan politics uses every instrument of technology such as mining data to help them shape their promises and their platforms and spend much of their time fighting one another the issues and challenges caused by global warming rage on.

I don’t have any answers except perhaps to say it is more important than ever to exercise your right to vote, in every single election, whether municipal, provincial or federal. Our future and the future of our young people and our very planet may depend on it.

This site uses Akismet to reduce spam. Learn how your comment data is processed.